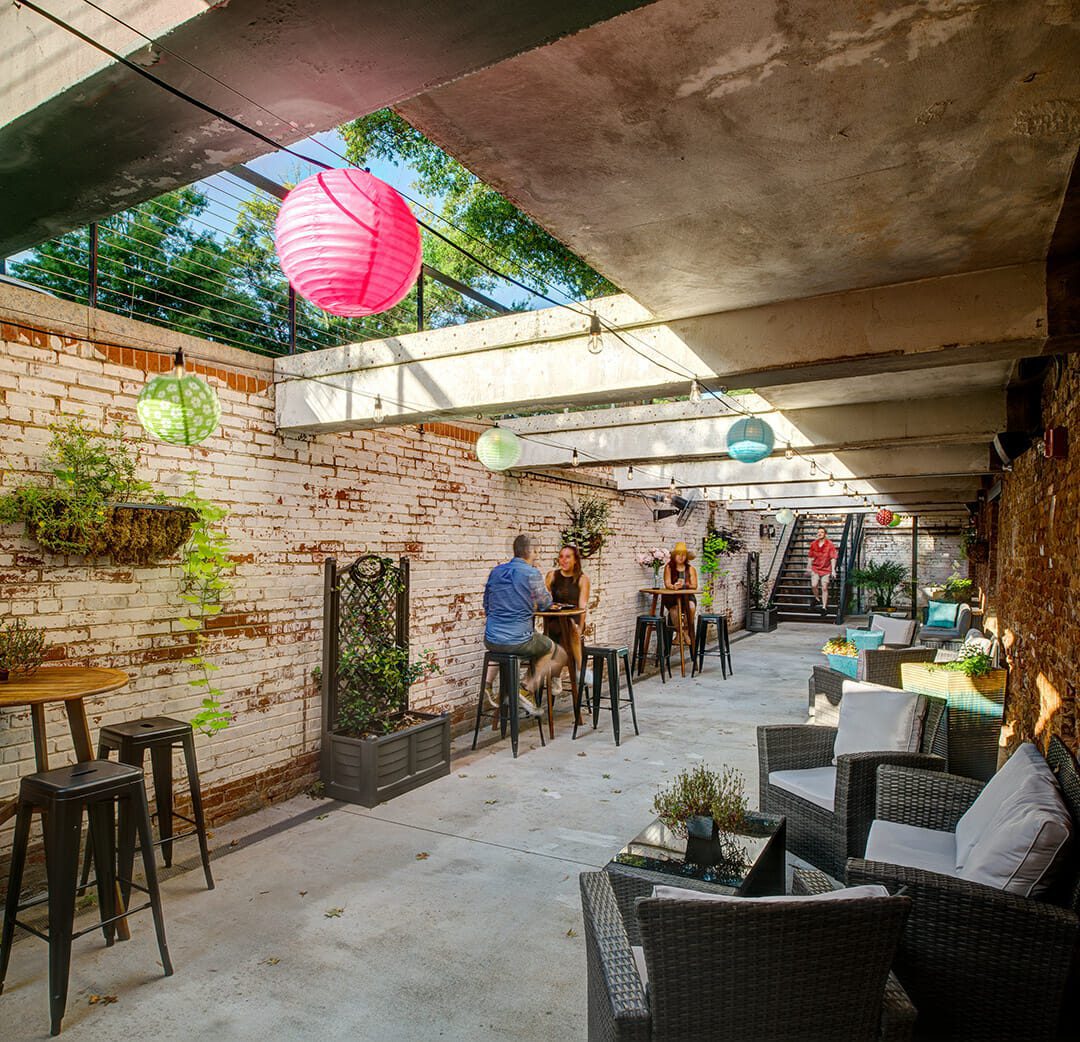 Columbia’s 1649 Main Street received a Merit Award for Adaptive Reuse/Preservation from the American Institute of Architects – South Atlantic Region (AIASAR) at the organization’s annual design awards presented virtually on September 15, 2021. This latest award is the fifth honorific the building has received for adaptive reuse and preservation. Other awards include a 2021 Historic Preservation Award from the South Carolina state government, a 2021 Historic Preservation Award for Revitalization from Historic Columbia, and Citation Awards for Adaptive Reuse from AIA South Carolina and AIA Greater Columbia.

Presented annually, the AIASAR Design Awards recognize architectural design projects that improve the quality of the built environment in North Carolina, South Carolina and Georgia. AIASAR’s 5,500-person membership includes all AIA chapters within the Carolinas and Georgia. Winning projects are selected by a jury of architects and designers from beyond the South Atlantic Region. This year the jury reviewed more than 240 submissions for awards in the New Construction & Substantial Renovation, Housing, Adaptive Reuse/Preservation, Interior Architecture, and Unrealized Project categories. In its presentation of awards the selection jury highlighted 1649 Main Street’s clever selective removal of the Blanding Street sidewalk to bring daylight into the subgrade level.

“One of the best things about this project was the opportunity to restore a local gem that had been a well-known dining location in Columbia,” said Scott Garvin, President of Garvin Design Group and a development partner with Main & Blanding LLC. “We saw a unique opportunity to enliven the rooftop as well as the basement level to repurpose the entire building. For the project to receive a regional design award is truly an honor – it’s a testament to our local talent that this project stood out in such a deep field of nominations.”

“We really enjoy working on historic structures. They’re interesting projects and it’s rewarding to see how a building can come back to life after a comprehensive renovation like this one,” said Amanda Harter, Hood Construction Project Manager for 1649 Main Street. “We also had a great team working together on this project to make it a success, and while we don’t do it for the awards it is very gratifying when a project you have put a lot of time and effort into is recognized in this way.”

Beyond design awards, the rehabilitated 1649 Main Street has also garnered recognition for its economic impact on the city. New building tenants Hendrix and The Woody won The Columbia Chamber’s Golden Nail Award in 2020 and 2021, respectively. Both tenants were recognized for the positive impact their respective building upfits had on the continued revitalization of Main Street.