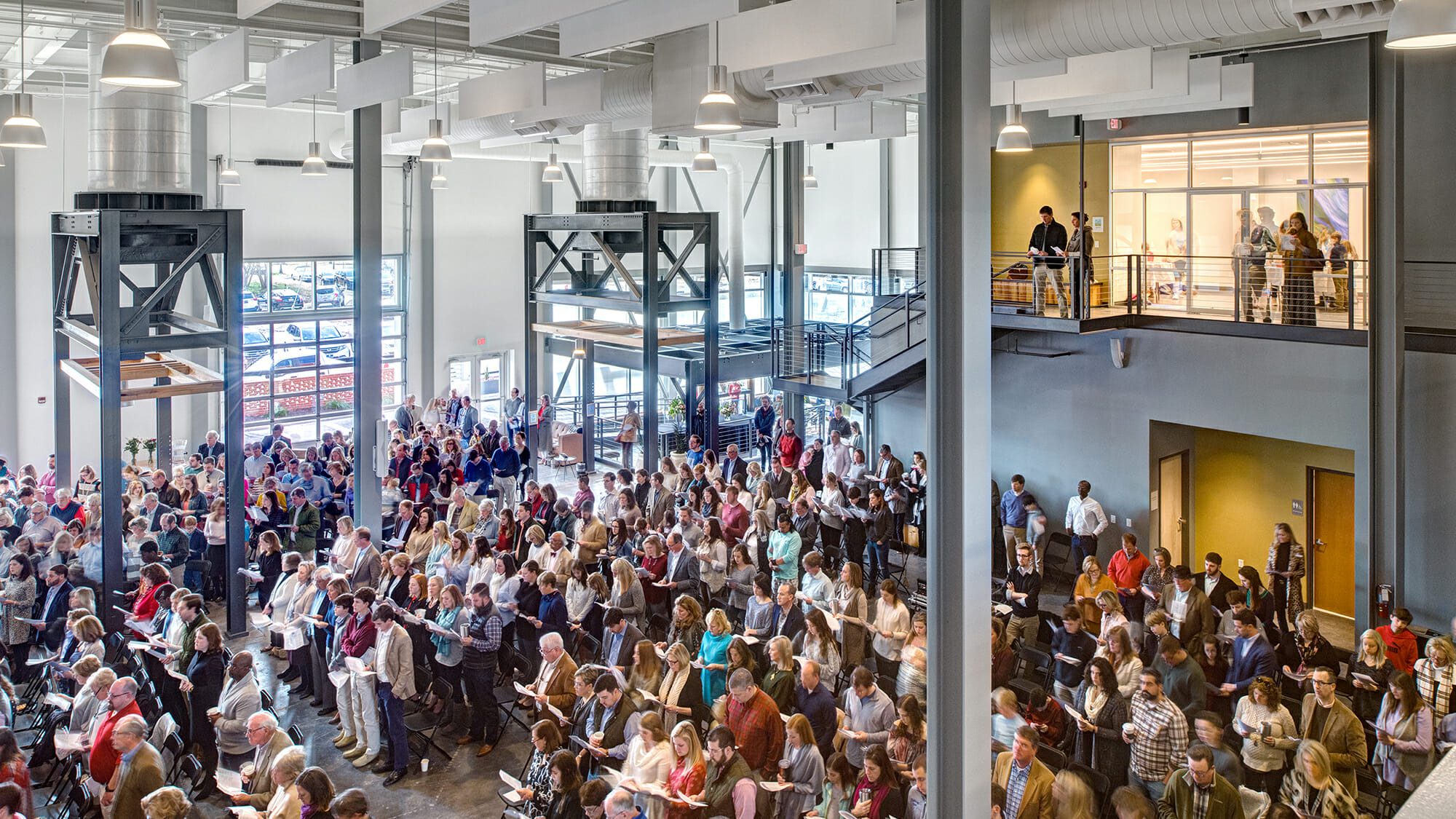 Two recent Garvin Design Group projects – Central Energy on the Bull Street campus and the new Columbia SC Visitors Center on Lincoln Street – are 2019 recipients of Historic Columbia’s Preservation Awards. Both projects were recognized at Historic Columbia’s annual awards luncheon hosted at Central Energy on May 1. Per Historic Columbia, the organization’s Preservation Awards “celebrate the accomplishments of local architectural, construction and rehabilitation projects and leaders. The awards recognize local projects that have maintained or added to the historical, architectural and cultural heritage throughout Columbia and Richland County[.]” Both Central Energy and Columbia SC Visitors Center won awards in the New Construction in an Historic Context category, which recognizes “new buildings in an historic district adjacent to or within existing historic structures that complement the historic context.”

Central Energy is the latest rehabilitation project on the 181-acre Bull Street property and reinvigorates the facility that once provided power to the entire campus. Several of the building’s existing elements were adapted for contemporary use, including its three large mechanical stacks. The original steel stacks extend through the roof and are uplit at night, serving as both dramatic homage to the building’s past function and as an identifying feature of its new function.

Situated at the southeast corner of Gervais and Lincoln Streets, the new Visitors Center sits in the heart of Columbia’s West Gervais Historic District. The glazed facade of the building provides direct visibility to the interior, welcoming pedestrians inside from both Lincoln and Gervais Streets. The main portion of the new facility nestles beneath the Lincoln Street canopy and intentionally remains free from the historic structure, while the brick mass and planter walls quietly blend into the fabric of the surrounding buildings.