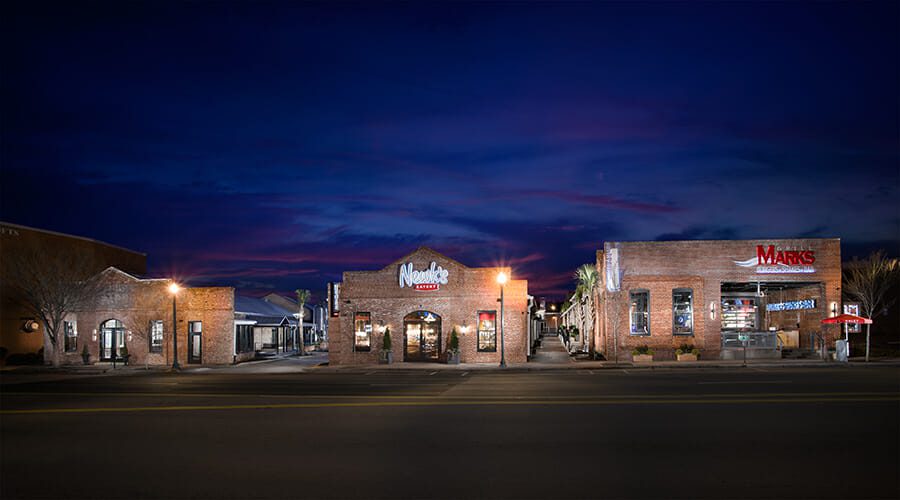 Located in the heart of the Vista, City Market consists of three of the oldest surviving buildings in Columbia (705, 707, and 711 Gervais Street), ranging in original construction date from the 1860s to the early 1900s. The complex of buildings was formerly known as City Market Antiques Mall. The primary goal of the adaptive reuse project was to return the existing buildings to their original industrial form while capitalizing on opportunities for mixed use development. Reopening the infilled railroad track between 707 and 711 Gervais created a public alley that provide access and daylight to both buildings. Each of the three buildings’ façades was reconstructed using existing brick and returned to its original form based on historic photographs. The complex is now home to two apartments, restaurants Grill Marks, Newk’s, Twisted Spur Brewing, and smallSUGAR, and a venue space known as City Market Place.

AIA Columbia’s 2018 awards jury provided the following comments on the City Market project: “This is a serious example of a major design transformation informed by historic research. The jury felt these smart, large moves were fantastic and formed a very successful urban improvement appropriately based on the past histories of the site. The project demonstrates a good urban sense of scale and the newly formed alley is a memorable space – most likely a shady breezeway during warm summer days. This ‘big-thinking’ is amazingly transformative for the energy level of the city[.]” 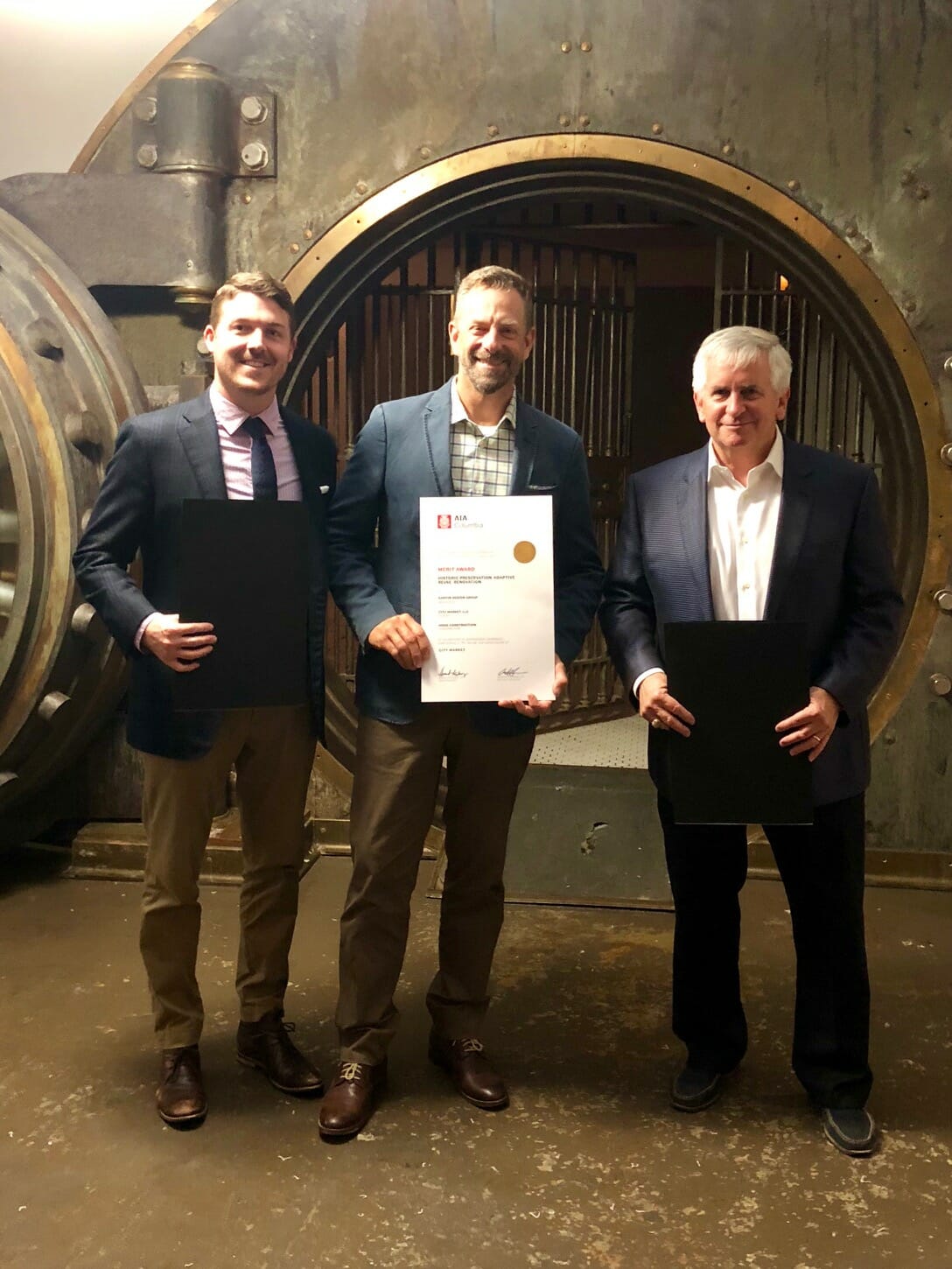