Redevelopment of the 1970s Rosewood Church site adapts the existing church building and its associated one-story kitchen and gym building, creating a complex for residential, retail, and hospitality tenants. Additions to the site include a three-story residential building within the existing church courtyard and a two-story mixed-use building adjacent to the gym an d kitchen building across Sloan Street.

Adaptive reuse of the original church building preserves and protects many of its distinctive elements.  Existing light fixtures, barrel vaulted ceilings, and terrazzo flooring and east stair treads in the vestibule are retained. In the sanctuary, light fixtures below the sanctuary balcony are preserved and re-purposed elsewhere in the building; wood wainscoting and windowsills are protected and left in place. The sanctuary’s existing vaulted ceiling, pendant lights, and stately chandeliers remain in place to provide unusual features in the new apartments to be created within this voluminous mass. The main floor of the sanctuary balcony is retained, preserving all existing walnut wainscoting upstairs where feasible. The existing stained-glass window in the façade and the steeple remain, recalling the building’s original use. Corridor walls and three existing internal stairwells are retained, preserving a sense of its original circulation pattern. Two of the four existing internal stairs are reused. Removal of the recreation building – a later addition to the site – exposes the original windows in the south elevation. All original window openings are retained, restoring the rhythm on all faces of the original building. Existing double-hung steel windows are cleaned and retained throughout.

A new three-story addition replaces the recreation building in the courtyard, internal passageways connect the addition to the east wing of the original church building. Screen walls make third floor terraces private to each third-floor unit.  Building materials recall the features prominent in the surrounding residential neighborhood. Constructed primarily of brick veneer in keeping with the original church building, the three-story addition also makes use of the board and batten construction found in neighborhood homes. Brick soldier headers and rowlock sills make new windows reminiscent of the old. The entire addition is painted to contrast the original church building, marking the different eras of construction on site.

Across Sloan Street, the former church gym and kitchen building is transformed into a single-story retail attraction. Original brick veneer remains, but new brick veneer replaces metal wall panels and girts. New aluminum storefront with metal canopies on the façade speak to the building’s new use as a pedestrian-friendly, inviting destination. Site work adds sidewalks, ramps, and curbs to enhance the pedestrian experience throughout the site.

The new two-story mixed-use building at the southwest corner of Sloan Street and Rosewood Drive incorporates elements of both the Rosewood Church building across Sloan Street and the renovated one-story building next door. The rhythm and window forms of the residential second level point to the church building, while the storefront systems and canopies in the commercial first level reference the transformed retail building just to the north. Shell space on the ground floor anticipates future retail and hospitality tenants.

This project is currently under construction. 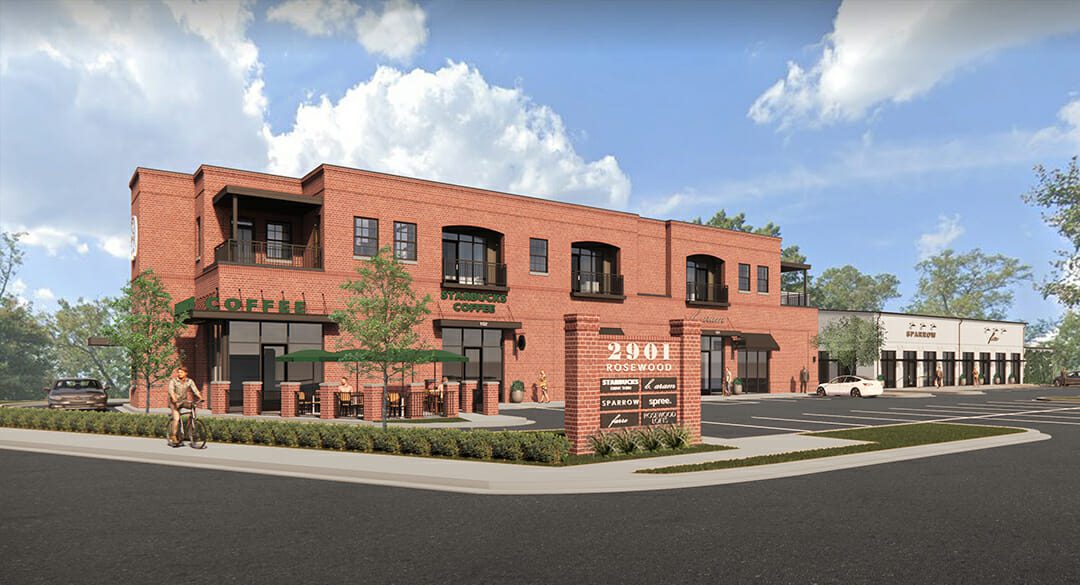 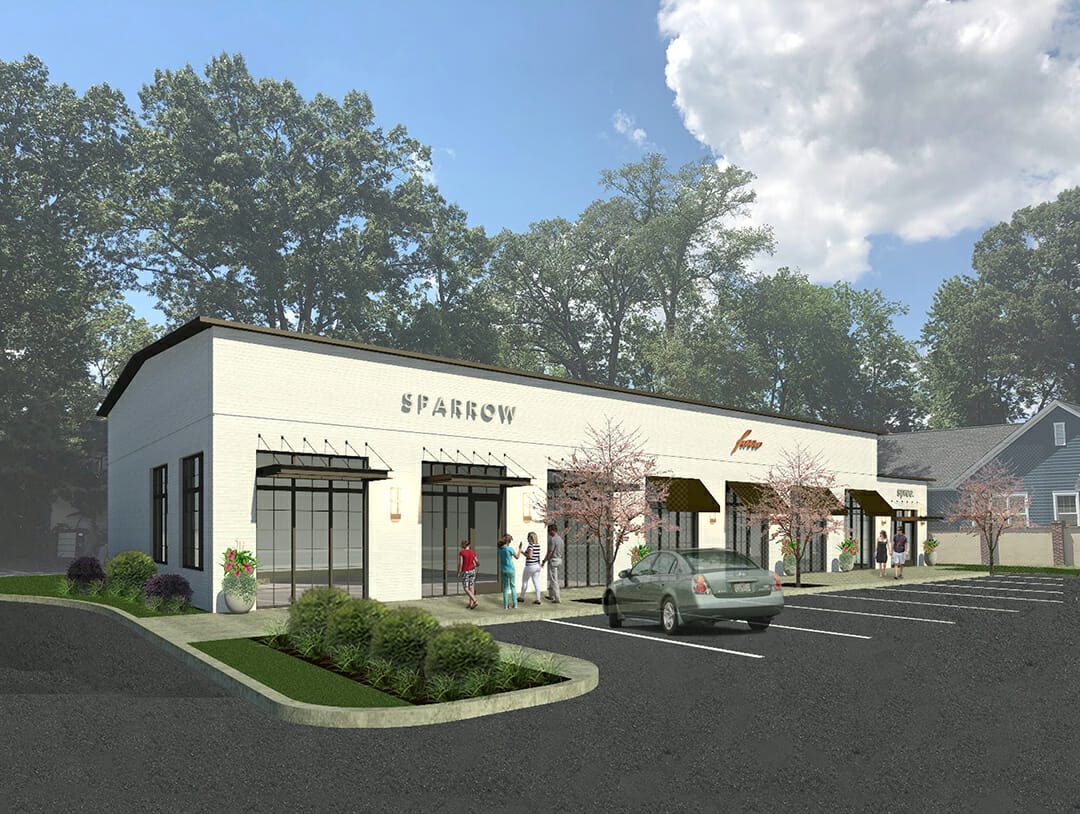