Clemson, SC
The rise of the Clemson University Soccer program to consistent National Championship contention created a need for a dedicated practice facility of equal caliber. This 14,500 square foot facility provides a new center for the Soccer Program’s players, coaches, trainers, and recruits. Located at the northwest end of Clemson’s campus alongside the university’s other top athletic programs, the building is situated on the site to facilitate equal and rapid access to the two new training fields along with expansive views of the complex. Spaces are organized to create the most efficient sequence from player and coaches’ areas to the training field, with top equipment to facilitate the transition from practice to team gathering spaces, and vice versa. Two mirrored wings for the Men and Women’s programs maximize access to their respective training areas, and centers shared areas such as training and video rooms around a main lobby looking out on a recreational play plaza and to the training fields beyond. The design is carefully tailored to support the needs of an elite athletic facility while seeking to generate spaces that can become the heart of a program consistently on the rise. This project earned the Two Green Globes certification from the Green Building Initiative.
Photography by Brian Dressler.
2
Green Globes certification
14,500
square feet 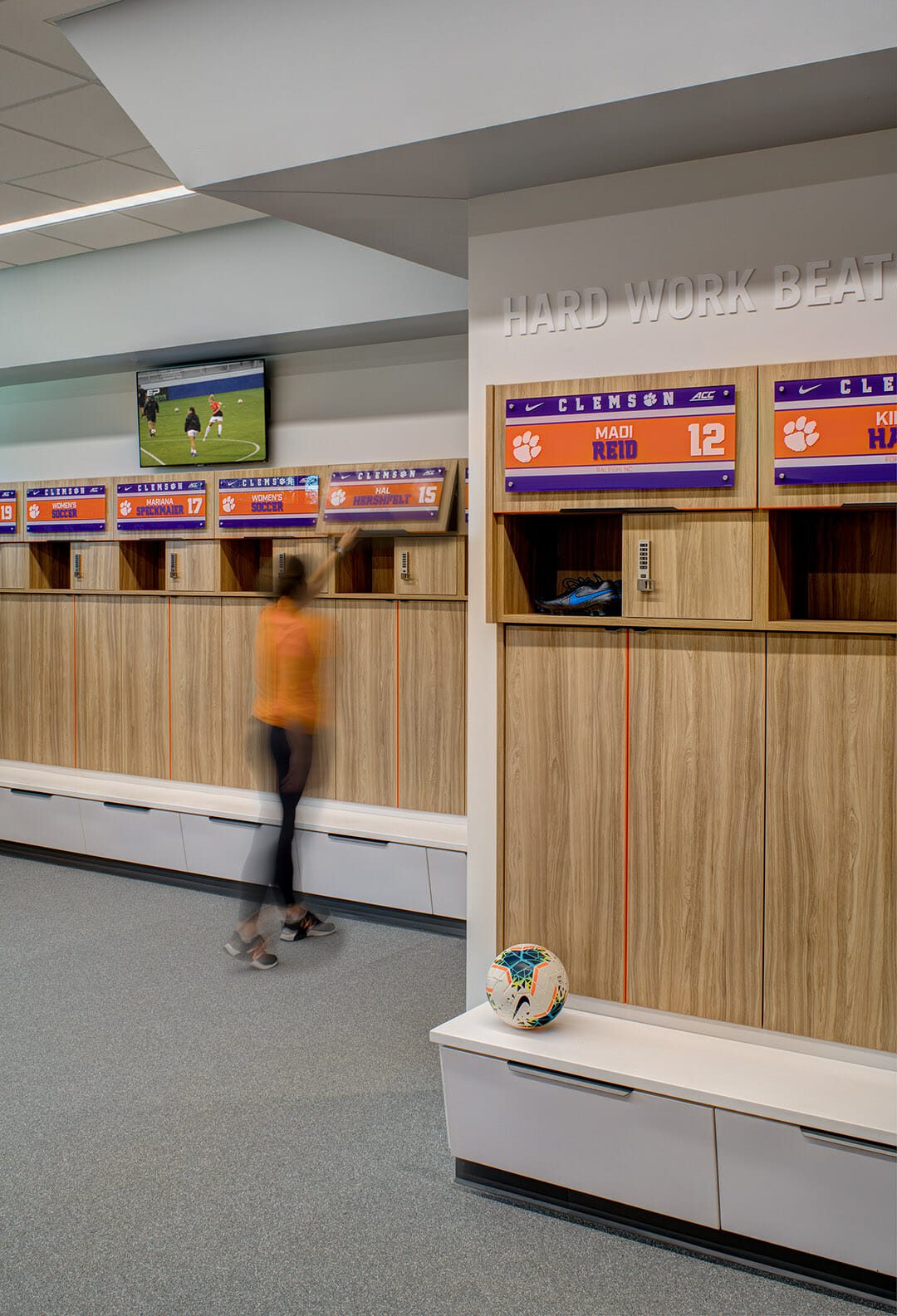 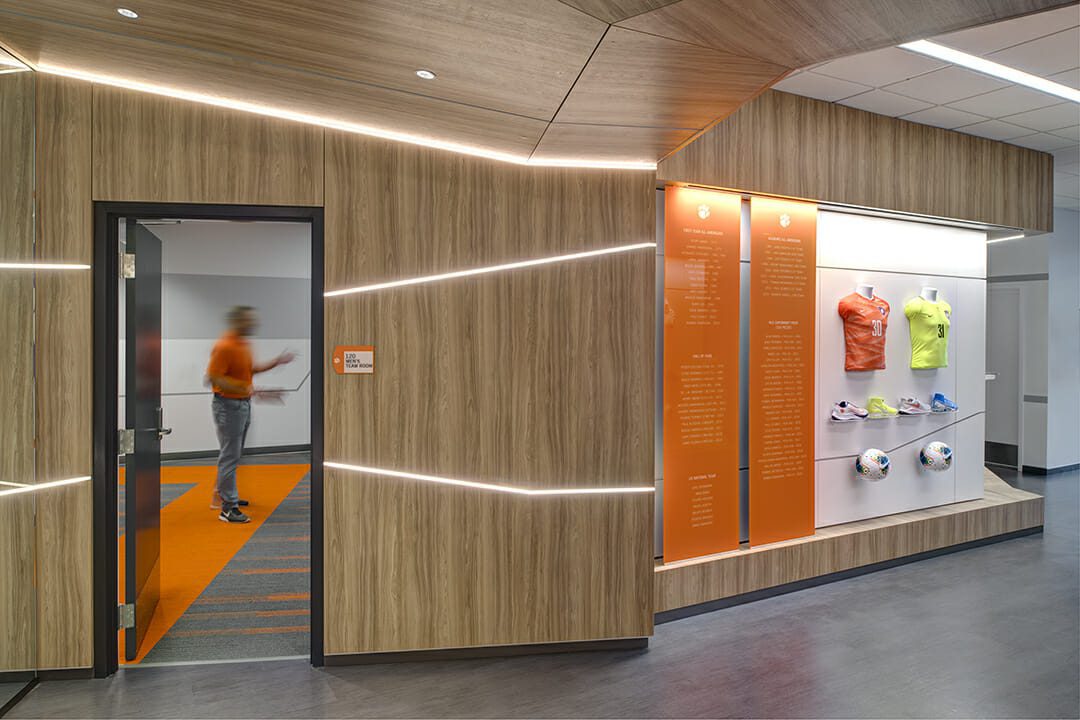 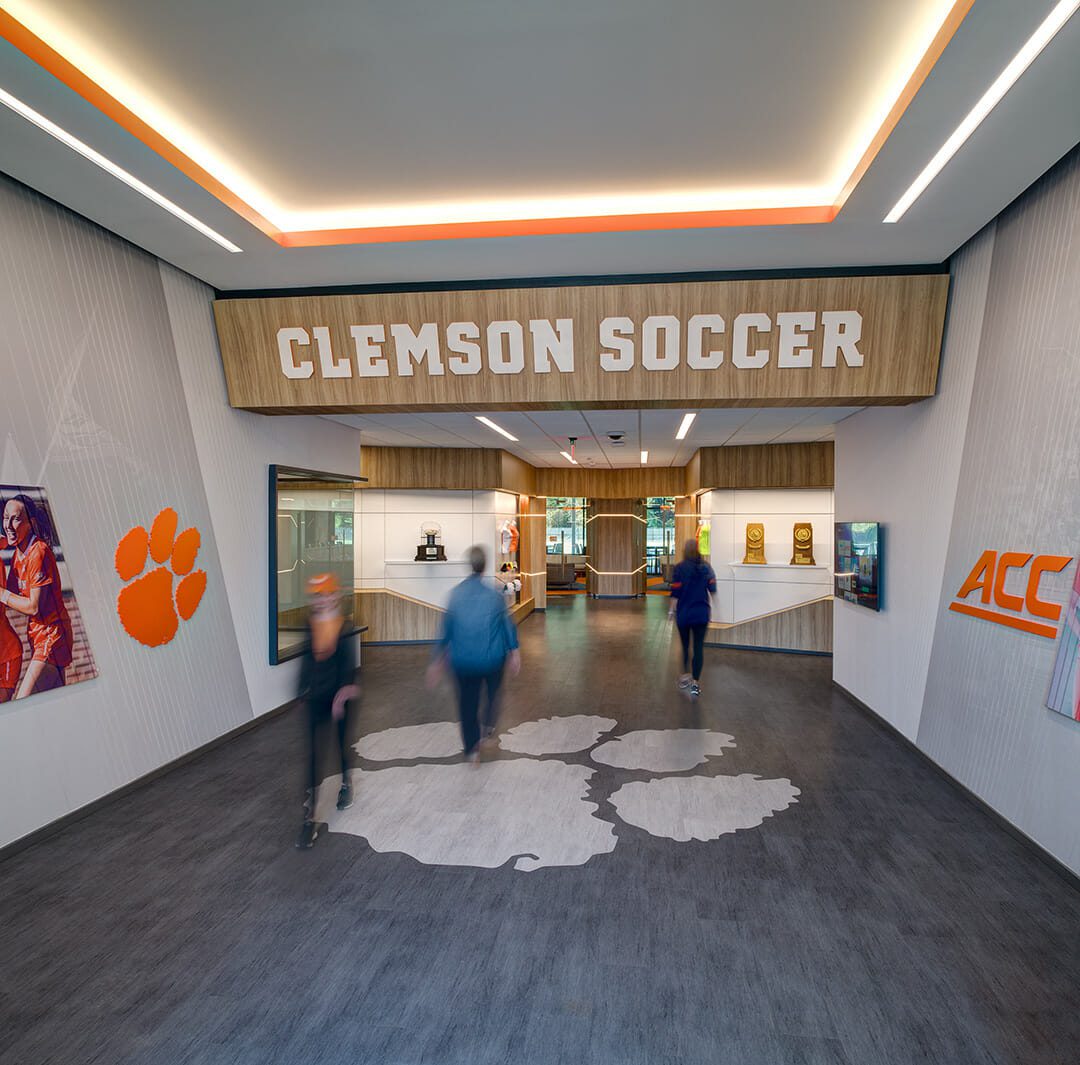 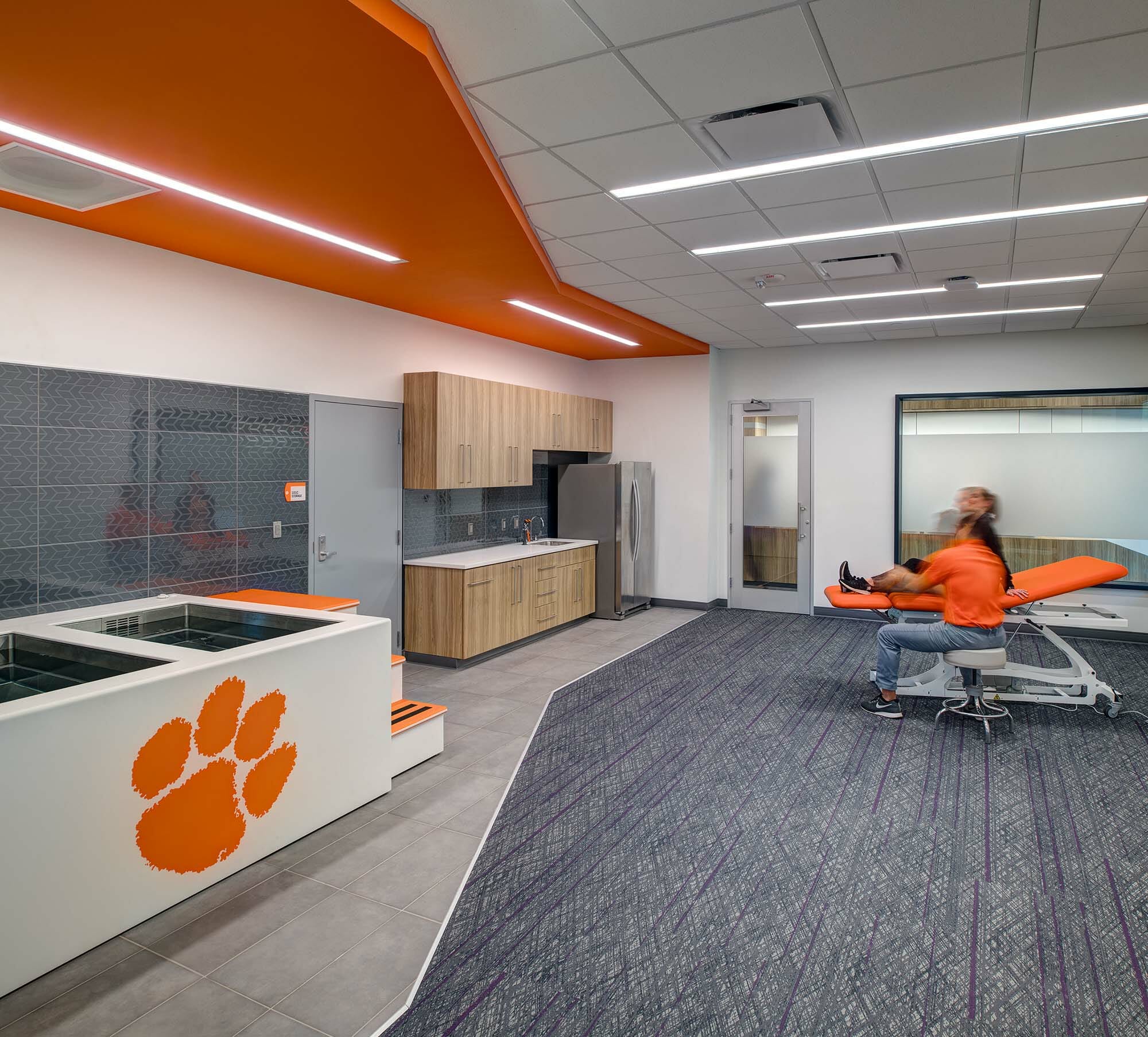 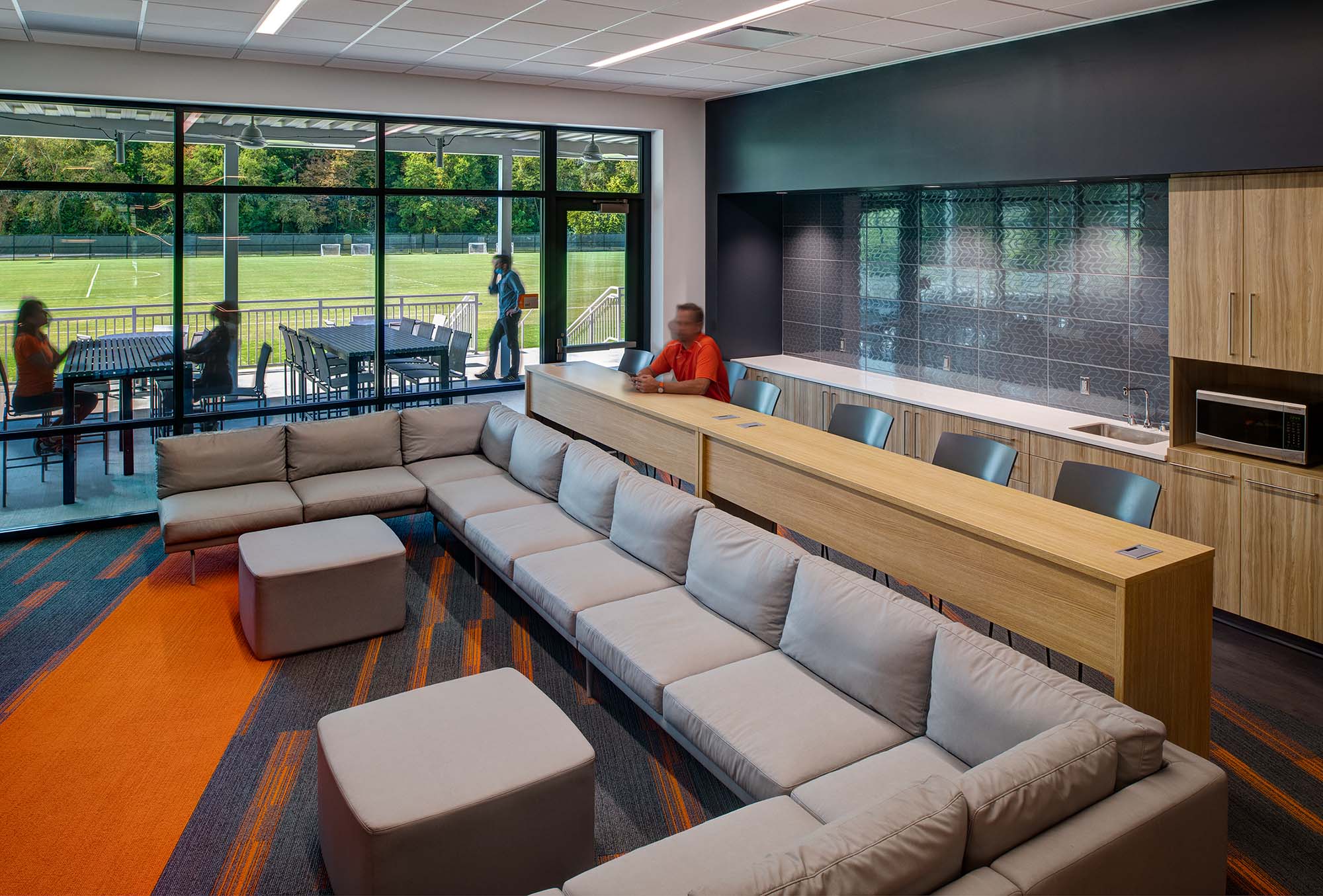 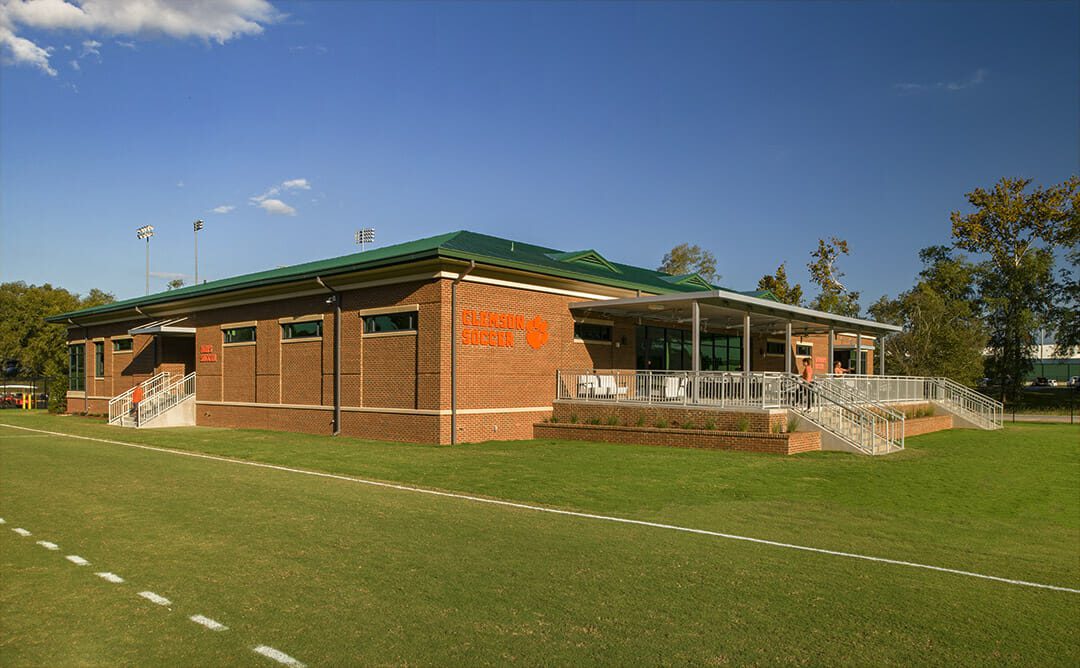