Seeking to enhance the fan experience for football game attendees, the University of South Carolina undertook a comprehensive set of transformations to ensure that Williams-Brice remains competitive with state-of-the-art stadiums throughout the country. Club spaces on the south, west, and east sides were in dire need of upgrades that more accurately reflected University Athletics’ commitment to its fan base. New spaces needed to provide expansive views of the field below, showcase the team’s entrance to the field, and enhance accessibility to club spaces. Renovations needed to achieve all of this while heightening a sense of Gamecock pride and identity. The project needed to revitalize existing club spaces on the east, west, and south side of the stadium, as well as the south side premium seating known as the 2001 Club.

On the south side of the stadium’s lower bowl, the former football weight room has been transformed into the train-themed Cockaboose Club. A renovated south concourse, large center bar, and new restrooms and concession stands improve the fan experience along the south side of the stadium. Metal high top barstools, long communal tables, steel gray carpeting and fixtures, and a train car bar front give the Cockaboose Club an industrial feel befitting its namesake. Undulating acoustic ceiling baffles brighten the space, refracting the elongated pendant lights suspended below. A graphic feature wall references the stadium’s distance from the Gamecocks’ nearest competitors, adding a playful point of interest to the space.

Just to the west of the Cockaboose Club, the 2001 Club offers new loge seating suspended over the players’ tunnel to the field. Individual chair back seats allow patrons to pull up to designated counters overlooking the field. Inside the 2001 Club, a long viewing window allow guests to watch players run onto the field from the locker room. Comfortable lounge seating in black and garnet offer a comfortable place for 2001 Club guests to take a break from the South Carolina heat and escape the rain. Fixtures and finishes have a futuristic feel that reference the Gamecocks’ signature walk on track from the 2001 Space Odyssey soundtrack.

On the east side of the stadium, just below the east upper concourse, the Traditions Club encompasses more than 21,000 sf. The University’s Athletics culture inspires the interior décor of the Traditions Club: bold garnet red accent walls and custom graphics declare the University’s mantra – “forever to thee” – and enshrine past victories and program achievements. Renovations to this side of the stadium also created new seats, loge box seating, and improved ADA seating on the 400 level. Individual chair back seats, table top monitors with live game coverage, and enclosed seating groups make loge seating particularly comfortable.

This project was designed in partnership with HNTB Corp. 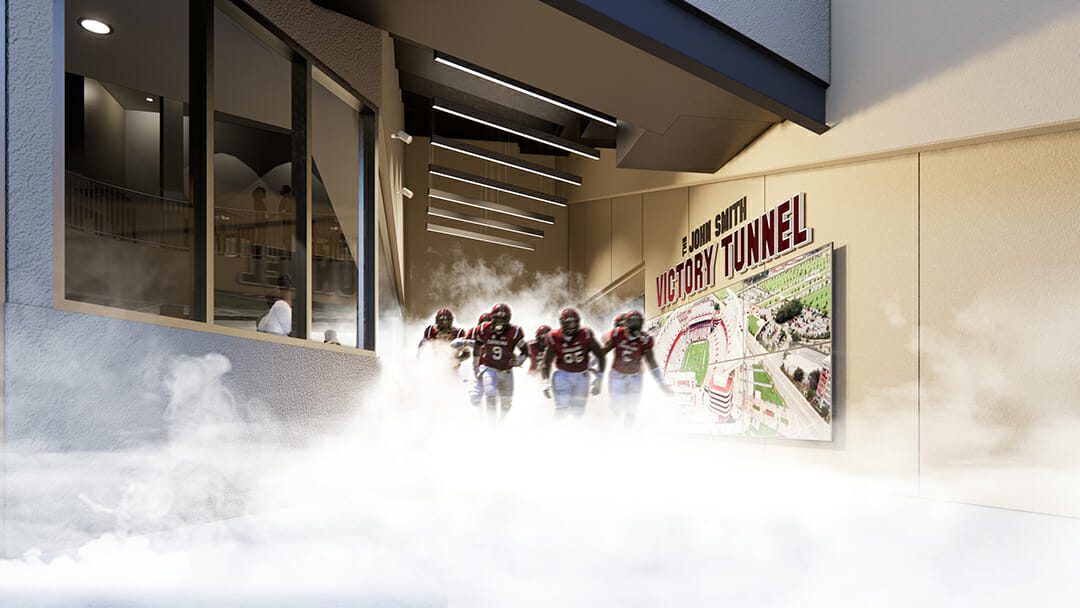 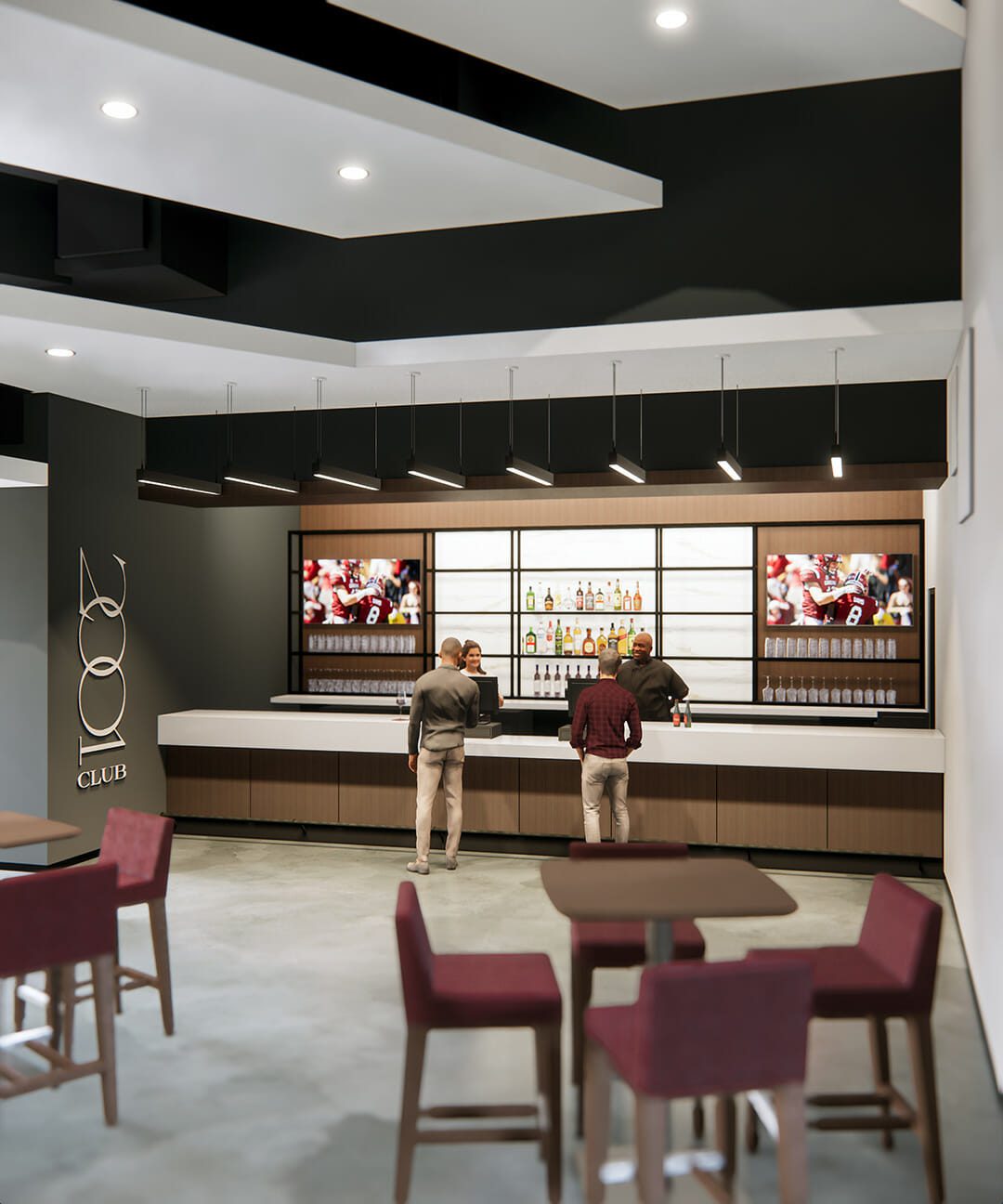 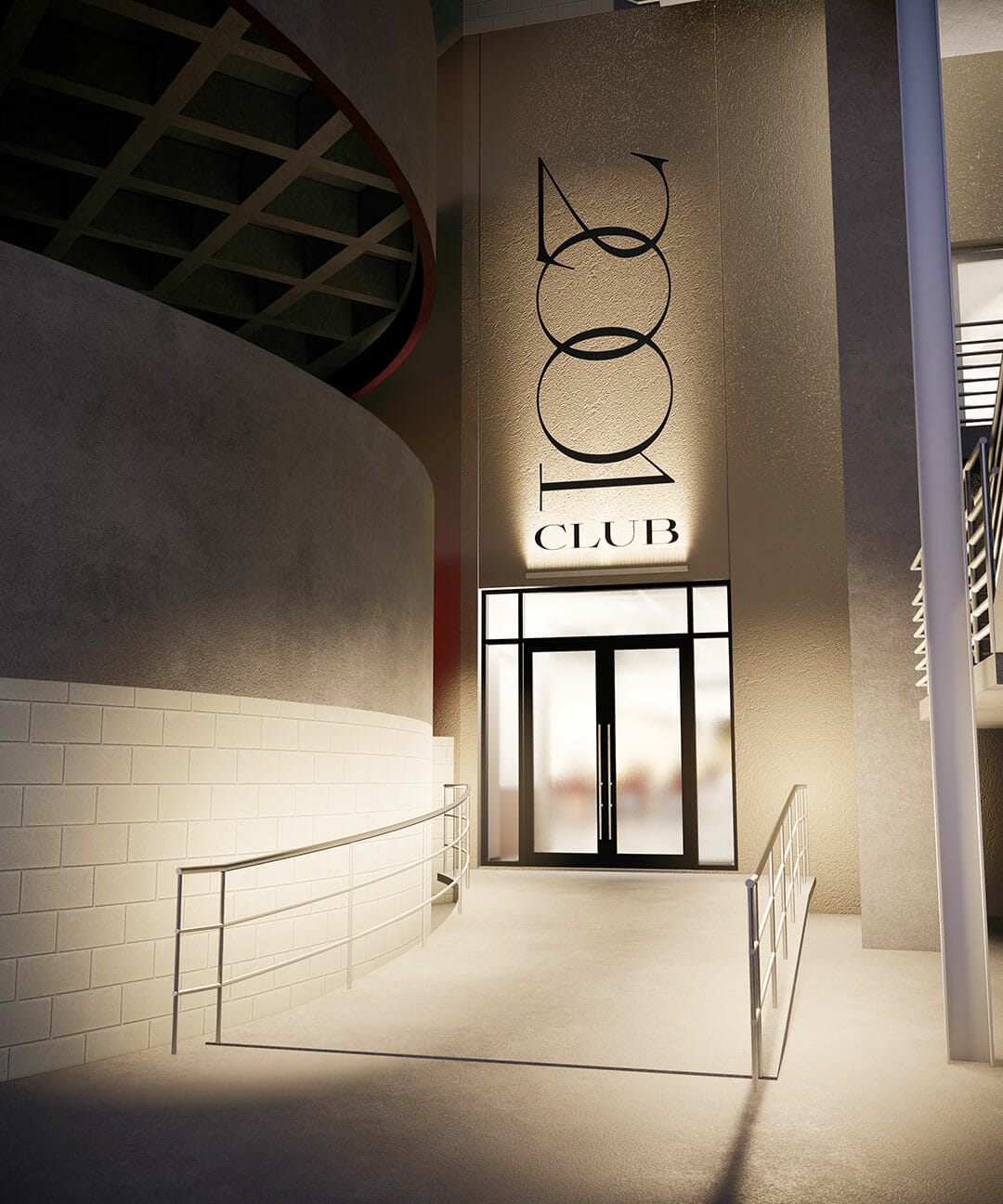 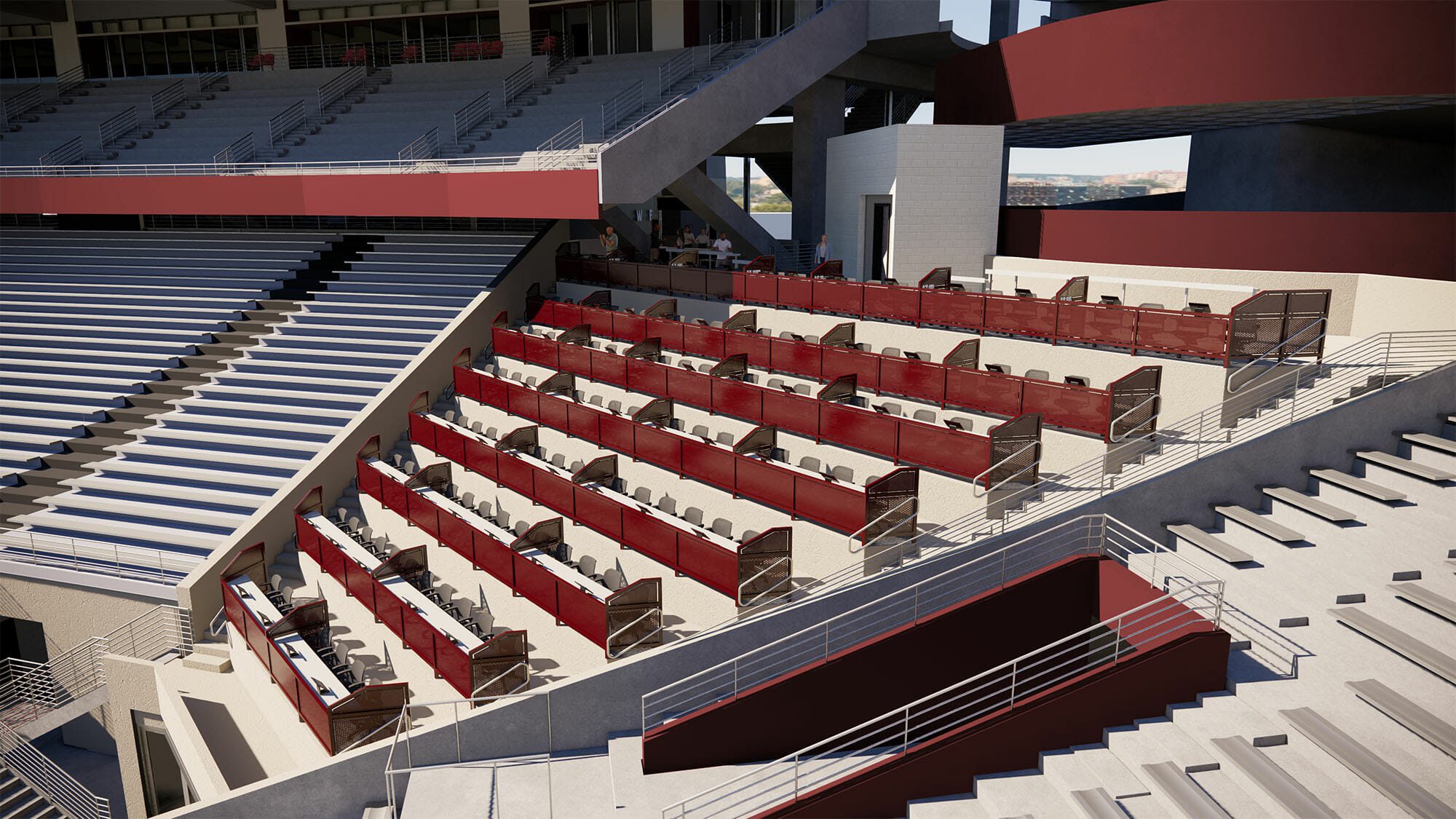 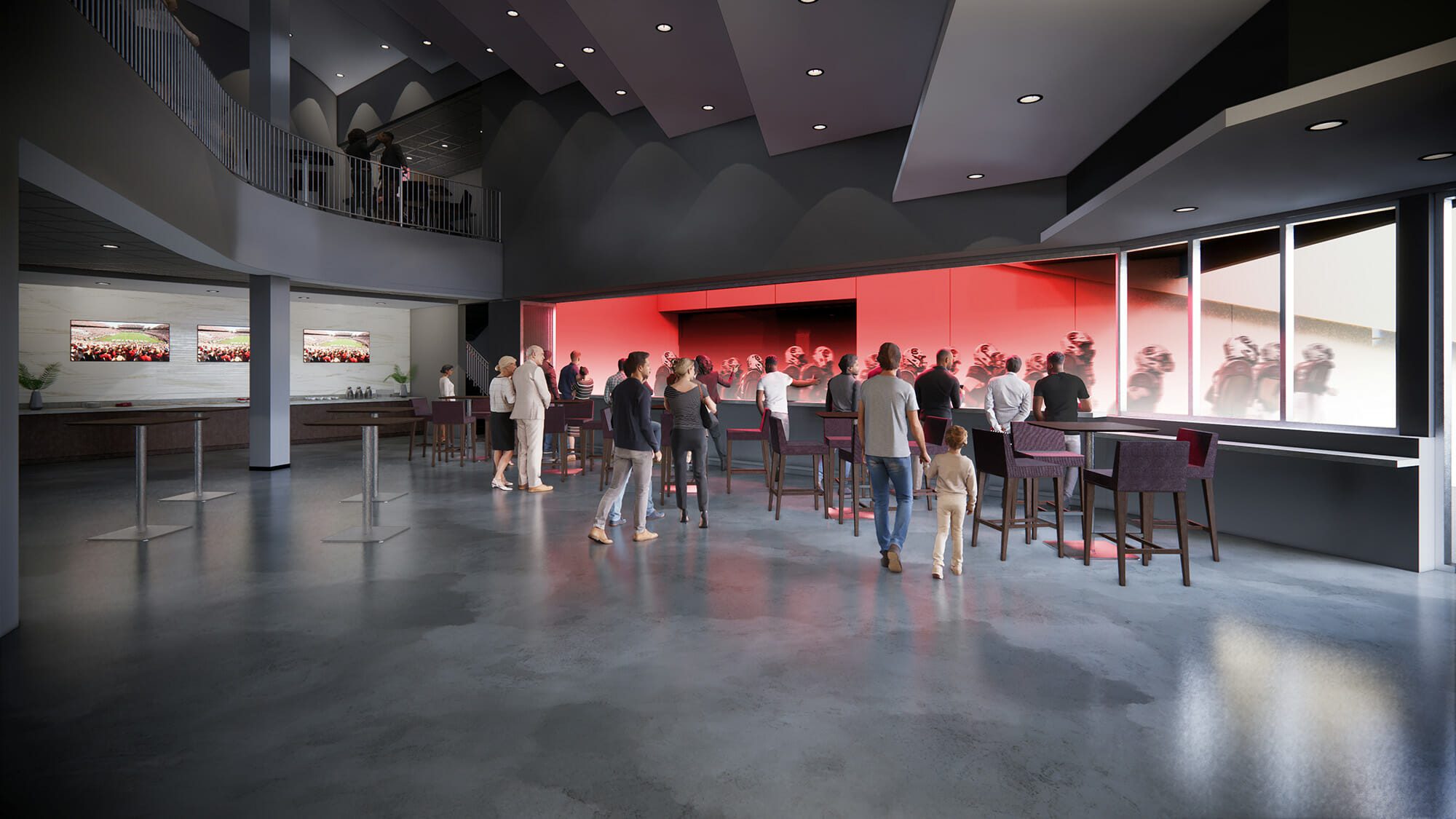 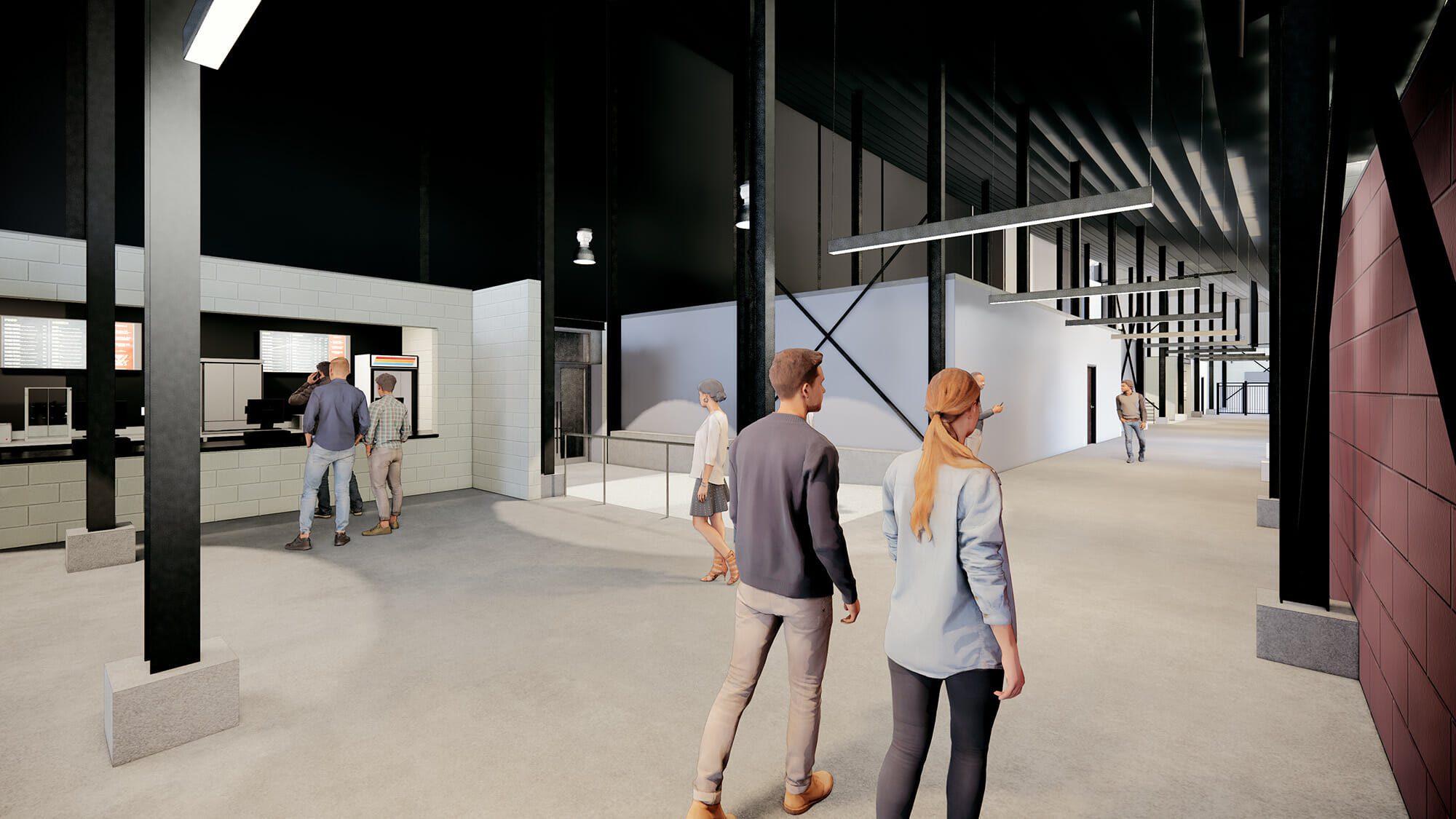 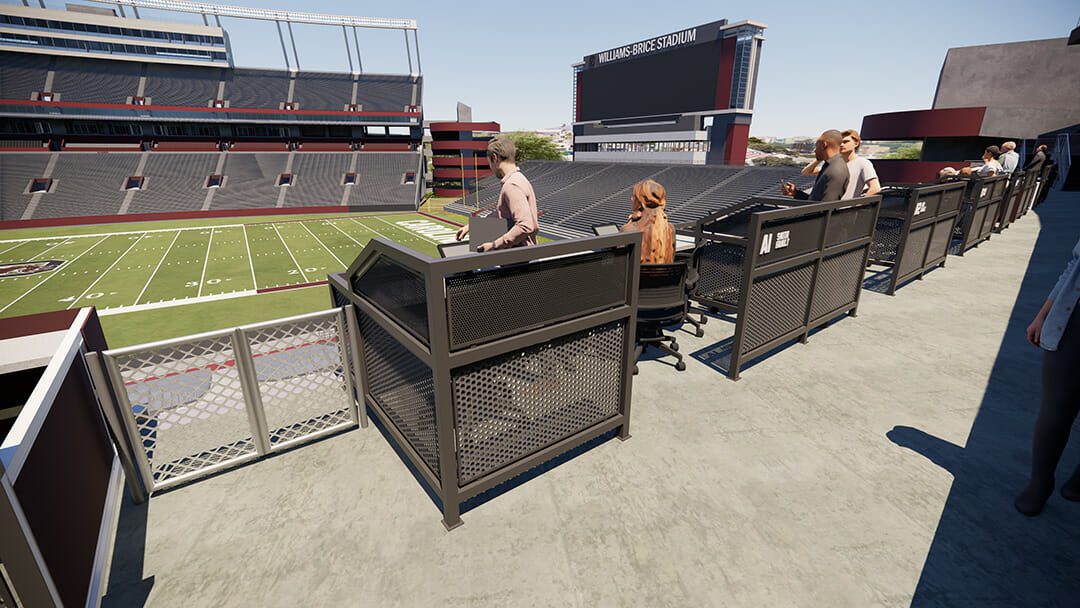 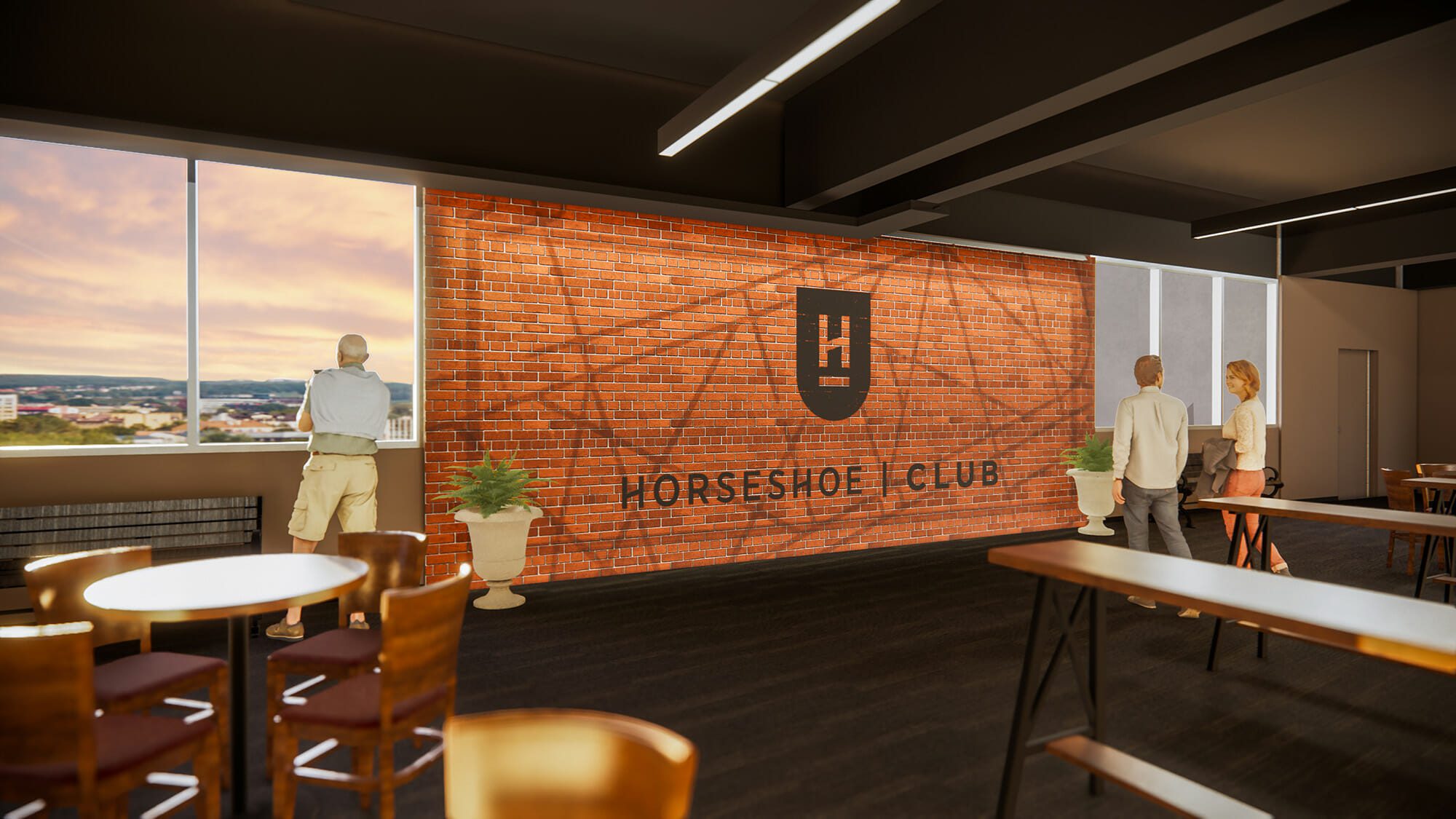 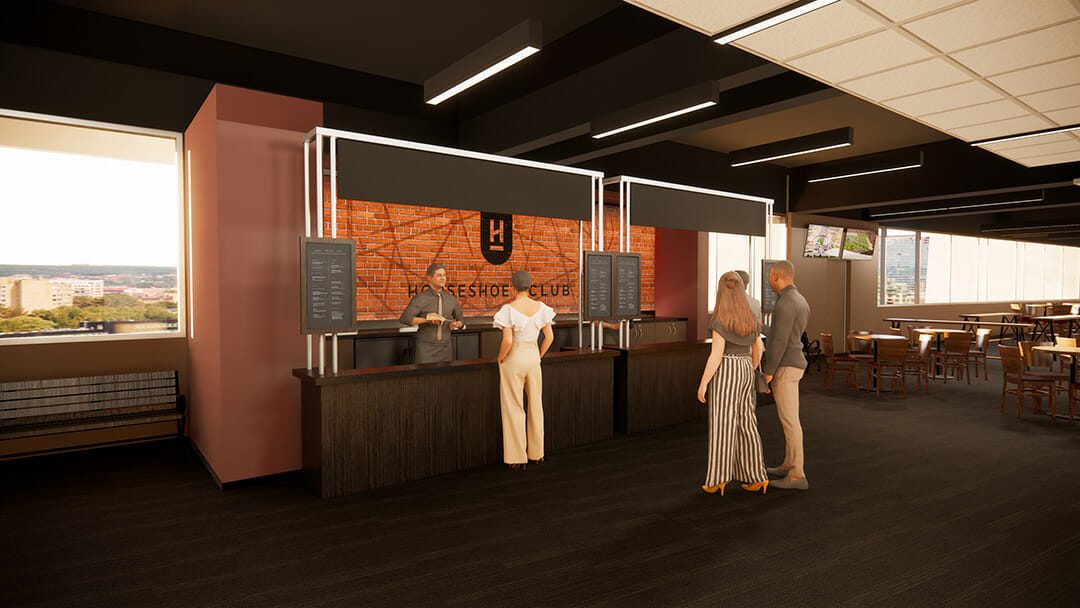