When Hood Construction selected an old building for its new home, the company made a commitment to preserving the historic features that point to the building’s past. The single-story brick building at 1215 Shop Road was originally constructed for the Citadel Shirt Corporation in 1950 and expanded to house several different garment manufacturers throughout the late 20th century. It served as a warehouse for the Army & Air Force Exchange Service (AAFES) Carolina Area Support Center (CASC) from 1968 to 1972. Columbia locals are likely to recognize the building as the last home of Morris Furniture. Garvin Design Group helped Hood Construction create a plan to preserve the building’s barrel-vaulted ceilings, trusses, and original steel windows.

Programming for the building’s new use organizes departments along a central, circular hallway that wraps around centrally located conference and training rooms. Private offices are placed along the outside walls. Large expanses of glass and interior storefront systems rise to just below the preserved trusses, providing sightlines throughout the building and maintaining its historic sense of openness. Fixtures and finishes incorporate Hood Construction Company’s brand colors. Custom carpeting dampens the noise of foot traffic in the hallway and masks dirt tracked inside on work boots. 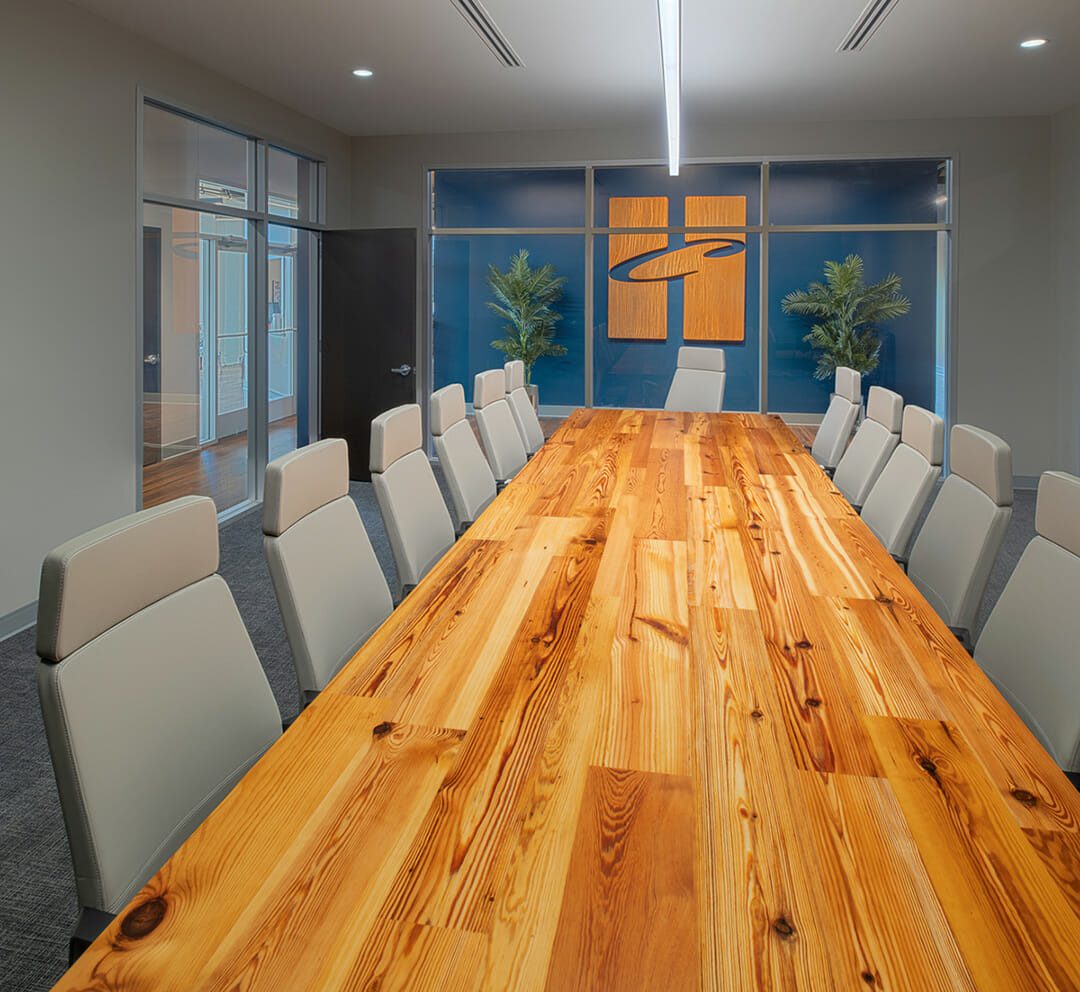 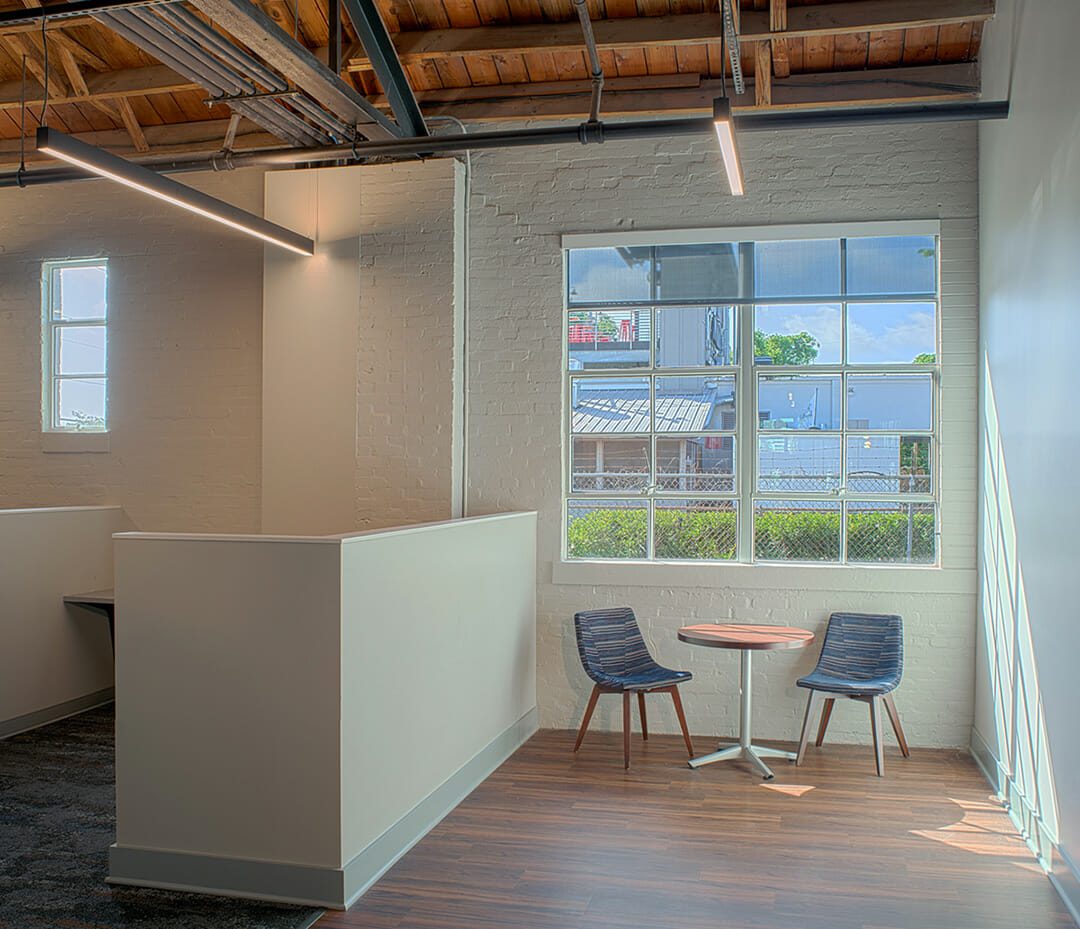 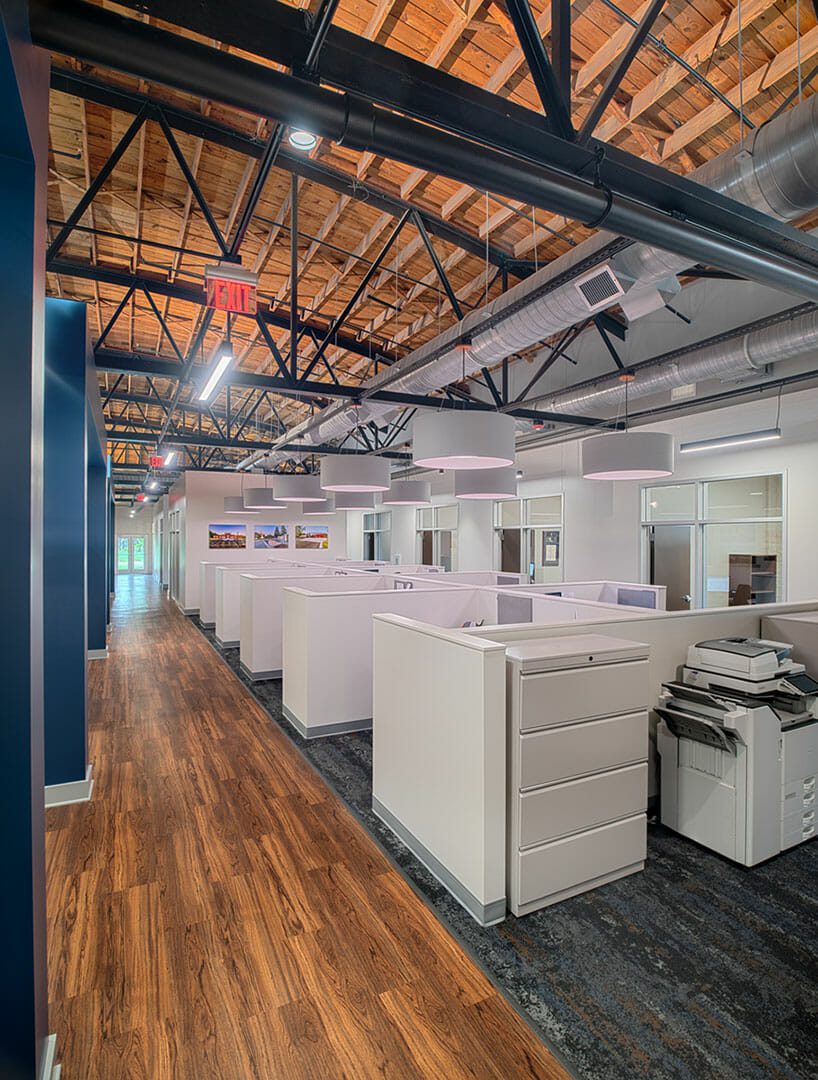 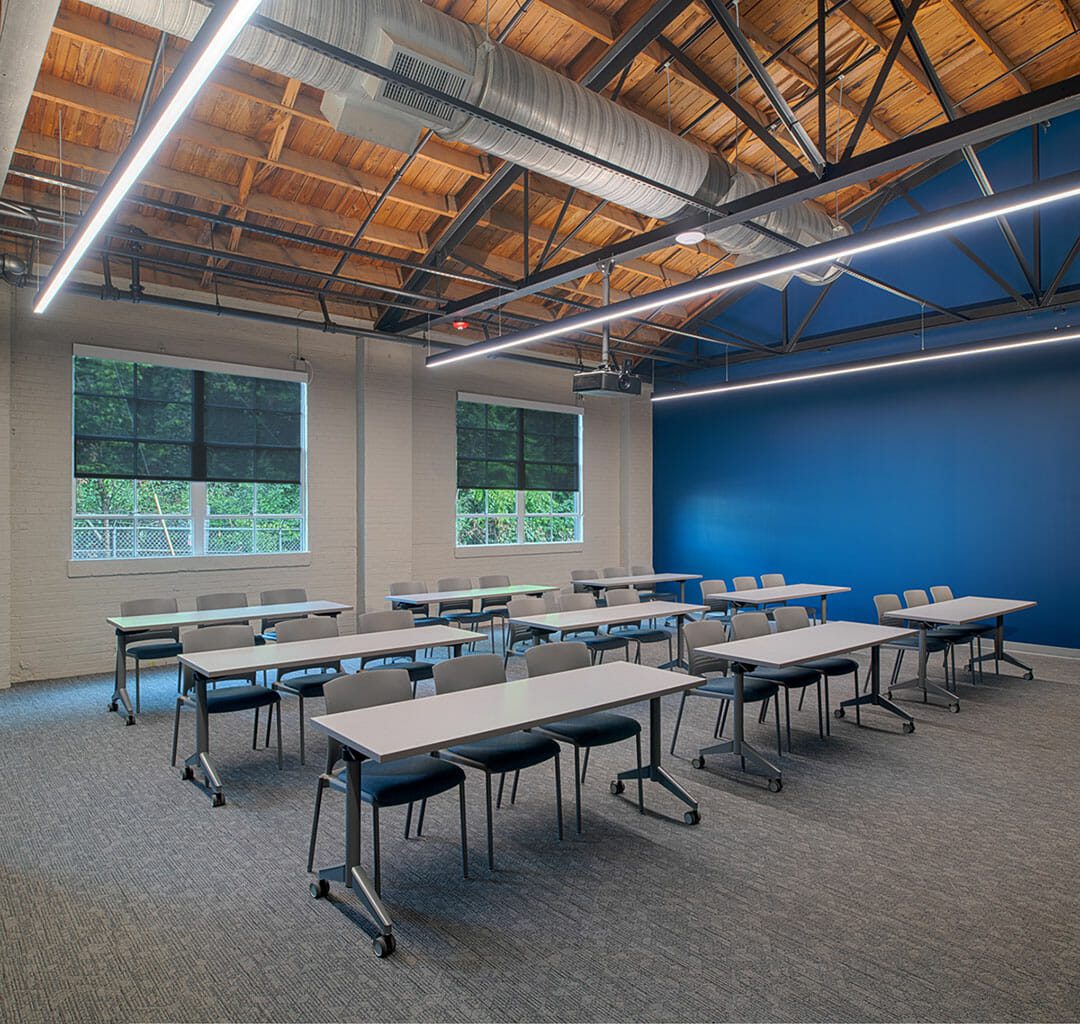 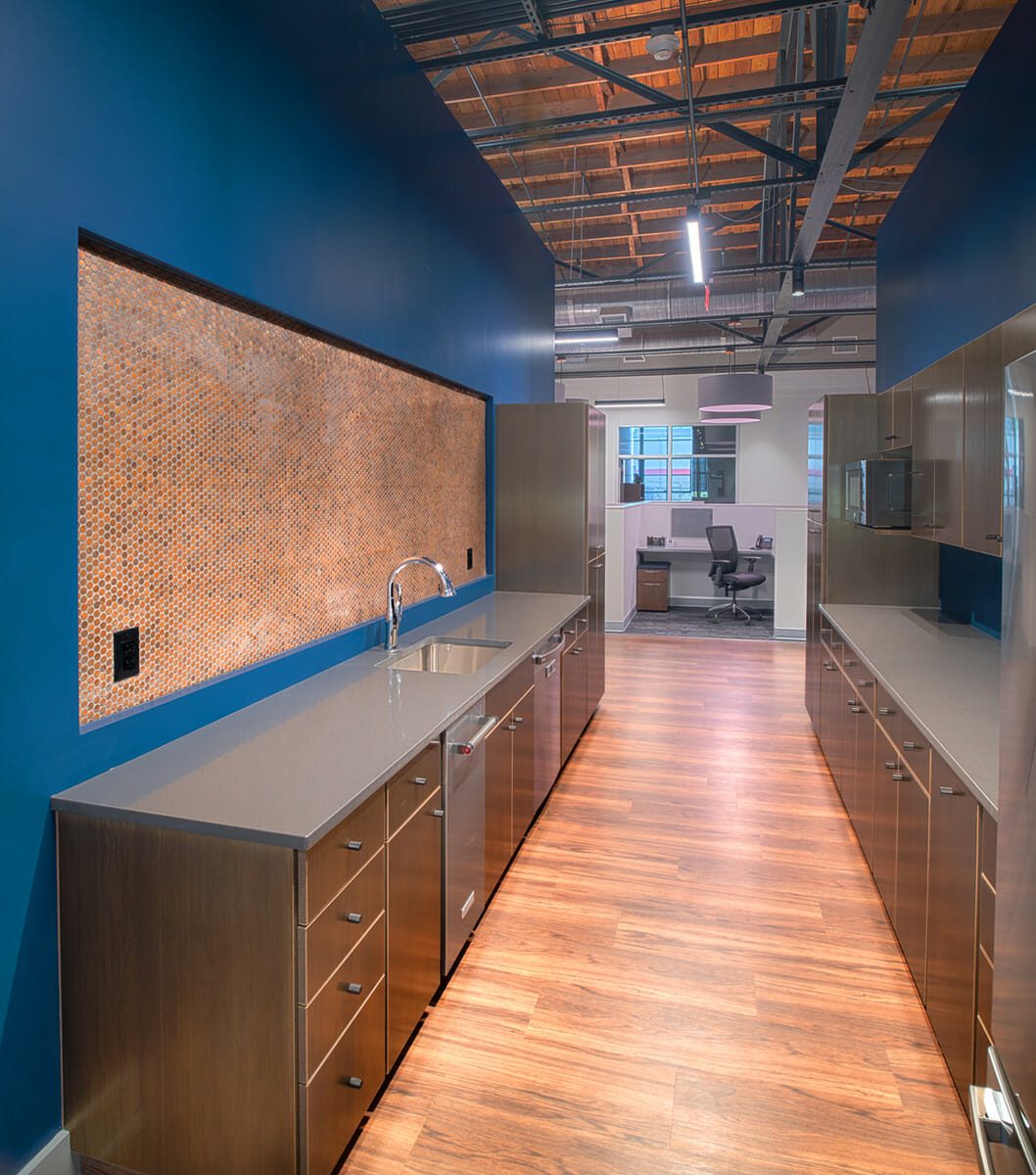 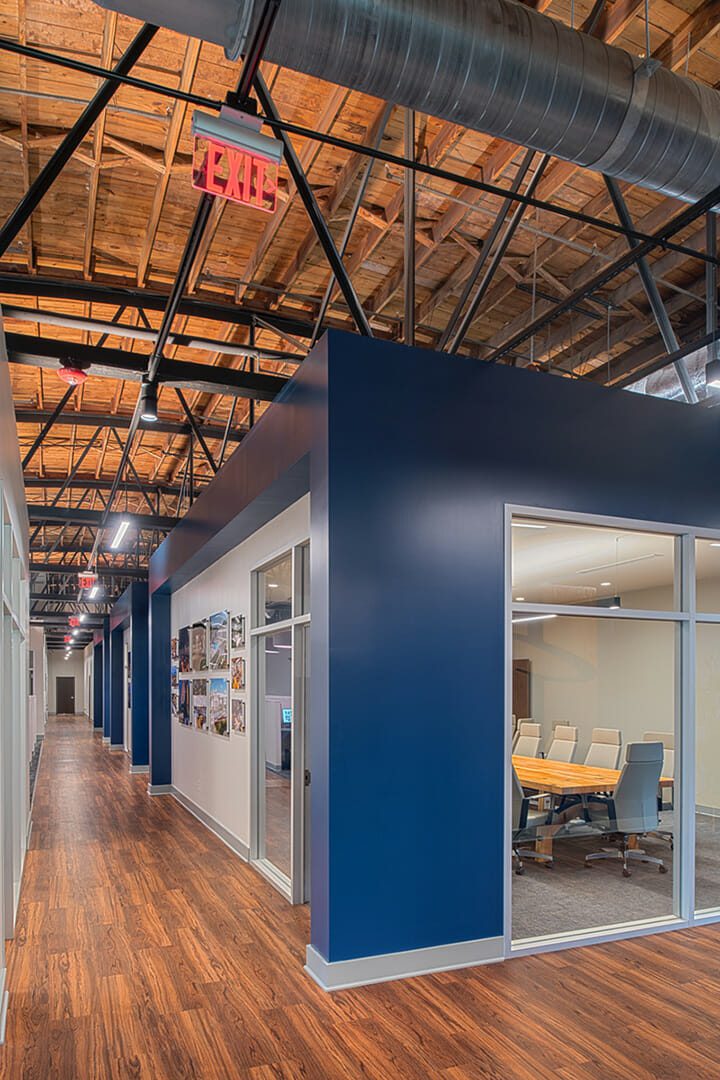